“Joe Talkin’ To Me?!” NL Takeover: What Happens in Coors, Stays in Coors; Park Factors

Everybody has beer muscles at Coors.

Sorry to call you out like this fellas, but this is information any fantasy owner needs to know.  Information that has won me leagues.

It is no secret that Coors Field is an excellent hitter’s park.  As a matter of fact, ask the casual fan what the best hitter’s park in MLB is and you will likely get Coors Field as your answer.  But just how profound is this building on batter statistics?

From the planning of Coors, which opened in 1995, there was worry that the stadium would give up too many home runs due to the thin, mile-high air.  Designers tried to combat this by creating one of the largest outfields in the game today, measuring 347 down the left-field line and 350 down the right-field line.  This cavernous outfield failed miserably at holding baseballs (until the humidor, more on this later).

In the first year of Coors’ life, the stadium fell 7 HR short of the all-time record of 248 HR hit in Wrigley Field, home of the Angels in 1961 (yes, Wrigley, it was the only year this bandbox was used for MLB).  The stadium fell 7 HR short with a three-year old expansion team, losing nine home games that year due to the 1994 strike.  But don’t fret.  In 1996, the first full year of Coors, the HR record fell as 271 HR left the ballpark.  In 1999, 303 HR left Coors which still stands as a likely unbeatable record (unbeatable because of the humidor, more later).

Not only did Coors lead all stadiums in home runs every season from 1995-2002, but often placed first in doubles and triples as well.  This is the part that gets overlooked.  Doubles and triples are surrendered at record paces as well due to a near impossible amount of space to cover in the outfield.  Fly ball outs often turn into bloop singles as outfielders are forced to play deeper than normal, guarding against the extra-base hits. 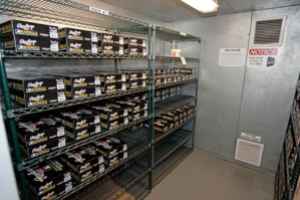 Scientists have since determined that the balls fly out of Coors at record levels due more to the dry air than thin air.  This lead to the now famous humidor room in 2002.  Balls are kept in a humidor because balls stored in drier air are harder, creating more elasticity upon contact.  Since the inception of the humidor, Coors HR totals have decreased considerably.  Coors is not destroying the competition anymore, but is still among the league leading parks in HR surrendered annually.

I know what you are saying, “The home run numbers were impressive, but that was almost 15 years ago.”  This goes back to the cavernous outfield.  Even with a humidor, outfielders still need to cover that vast patch of grass, leading to tons of hits, which = base runners, which = runs.  In the past 14 seasons since the humidor was created at Coors, the Rockies have lead the league in home batting average 9 times and finished 2nd 4 times.  In the same span of time, they finished last in road batting average 4 times, and 11 times never finishing better than 24th.  Those splits are very real, and to be taken seriously.  The road statistics, away from the drunken funhouse called Coors, are the real representation of the type of hitting ball clubs the Rockies had annually. They have had some awful teams that put up impressive fantasy statistics at home.

Other than the wide open space to deposit baseballs in the outfield, the air hurts pitchers.  The thin air creates less friction on the baseball, meaning less movement.  Less movement leads to more hard hit balls as pitchers curves don’t curve quite as much and their fastballs don’t have that late movement.

This is an extreme hitter’s park.”

Let me break down the park factors for you over an extended period of time.  Getting back to Troy Tulowitzki, I will mention the Rogers Centre for comparison.

Here are the park factors by year since 1995 when Coors opened it’s doors:

I do not need to break down the numbers, you just read them and I won’t insult you.  I do want to point out that Coors Field has never been close to favoring pitching, while the rogers Centre has been even or favoring pitching 11 times.  Even in the years when the park factor favored the hitters in the Rogers Center, it barely favored the hitters.  The lowest park factor Coors had was 108 in 2007, 4 points higher than the highest park factor of 104 that the Rogers Center had several times.  It should be noted that the Rogers Centre is considered a hitter’s ballpark.

Coors led MLB in park factor every year prior to the humidor era, and since 2002 have led MLB every single season.  EVERY SEASON IN EXISTANCE!  Good teams. Bad teams. Teams that hit over .300 at home and were dead last in MLB on the road.  The Rogers Centre has cracked the top 10 just twice since 2002, again, often favoring towards being a pitchers park.

Furthermore, if you refer to baseballmonster.com, since 2000 (aka the humidor era), Coors batters are striking out 15% of the time, 6% more than the next highest ballpark.  Still, COORS LEADS IN BALLPARK FACTOR EASILY YEAR AFTER YEAR!

Let me say this; Tulo is the most well rounded and best SS in MLB today, as always, with the caveat of “when healthy”.  Unfortunately for Tulo, “What Happens in Coors, Stays in Coors”.

I have illustrated how Coors is a different beast from any other ballpark.  If you don’t agree with 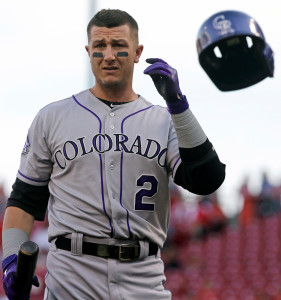 These road numbers are the true representation of the player Tulo is.  The Coors numbers represent some wacky stuff that ONLY goes on when baseball is played a mile “high” (wasn’t even legal when they thought baseball would play normal there).  Coors has inflated him to a fantasy god, “when healthy”.  His safety net is now gone as he heads to a normal ballpark.

Tulo does have a tremendous lineup to help him which could keep his RBI and R on par, but there is no lineup that can give you the kind of protection that will add nearly 50 points to your BA, OBP, and nearly 150 points to your OPS.  You gotta go to the mob for that kind of protection.  Keep in mind, everybody hit in the lineup around him in Coors too.  In addition, the park factor for the Rogers Centre this season does not even favor the hitter, while the park factor Tulo is leaving in Coors was 15 points in favor of him.

There is zero chance, over the long haul, that Tulo produces anything close to what he did in Coors.  He will still be a fine fantasy SS, possibly the best.

How To Use This To Win

Pretty obvious…ALWAYS US COORS HITTERS AND NEVER USE COORS PITCHERS (except Kershaw).

If you have ever had that one position on your team that is not settled, that you keep picking up and dropping guys hoping one sticks, just remember…ALWAYS USE COORS HITTERS.  Pick up and add who ever is at Coors and use them until they leave.

If you have a player hurt and need to go to the wire to find a replacement hitter…ALWAYS USE COORS HITTERS.

I have gone almost entire seasons using this strategy at a certain position I was weak in.  It works.  If Alvaro Espinoza is going to bust out with 3-for-4, 5 RBI, and 3 R, it will be at Coors. 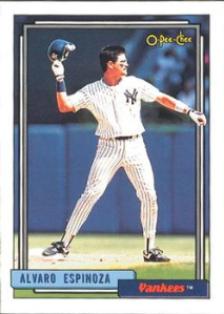 “I wouldn’t be frustrated and throwing my helmet if I got to hit in Coors field! I might as well drink some Coors.”

Remember to send questions to [twitter-follow screen_name=’theCiccone’] or josephciccone1033@gmail.com to be featured in future columns.

Major League Fantasy Baseball Show: Join Ej Garr and Corey D Roberts on Sunday August 9th from 7-9pm EST for this week’s episode of Major League Fantasy Baseball Radio sponsored by the Sports PaloozaRadio Network. You are welcome to call in and ask questions at 646-915-8596. This week’s topics will include minor league call ups that could effect your fantasy playoff roster amongst other current baseball information.

I am a recent college graduate from a small liberal arts school in Atlanta, GA. I'm a sports junkie and a diehard Atlanta sports fan.

Grew up playing baseball since I could hold a bat. Played baseball through high school and college. Somehow became a Yankee fan even though I ...

Baseball fan through and through. Follows every team, every player and every transaction. Graduated Lasell College in 2013. Covers high sc...

Faith, Family and Fantasy Sports.These are the three words that best describe me. I am a faithful husband and father of 6 amazing children. I ...

Owner and creator of Major League Fantasy Sports. We will provide you with the best tools to be successful in your leagues no matter if ...

I’m a former pitcher from upstate New York, and a proud Demon Deacon. Go Deacs! I’ve been playing fantasy football and baseball for the be...

I grew up a Dallas Cowboy's fan in Washington Redskins' country, but I currently reside in Florida. I have played fantasy sports since 1999,...

I'm an accountant and an amateur writer of fiction and sports commentary, mostly baseball. I've been a student of the game of baseball since...

I've been playing fantasy baseball for 14 years. I am also an auditor and CPA, where I analyze information on a daily basis. Combined, my pas...

I'm a former collegiate and semi-pro baseball player. I underwent successful Tommy John Surgery in 2008, and can give a wide-range of tips on...

I've been coaching lacrosse since 2002 and playing fantasy football since 2006. I've racked up several championships over the years includi...

Husband and father of three. Have a love of all things baseball. When not burying myself in baseball (especially fantasy) I enjoy fish...

A business analyst by day, pursuing all things baseball by night. My favorite day of the year is opening day and my favorite sound is the crac...

About 5 months ago from Corey Roberts's Twitter via WordPress.com

@brandonziman You are more than welcome Brandon. You were a fantastic writer and a joy to work with. As we move through a very big transition for us hopefully we can continue to work with one anither.

“65 Mustangs” Pick Your Spots – Week 23 – You’re on your own now. majorleaguefantasysports.com/… pic.twitter.com/pIhQRIsQsR

About 11 months ago from Corey Roberts's Twitter via WordPress.com

“That’s Amore!” Andrew Luck: A Player Who Gave Everything To Go Out To The Sound of Boos majorleaguefantasysports.com/… pic.twitter.com/6V5HjnGAQo

About 11 months ago from Corey Roberts's Twitter via WordPress.com